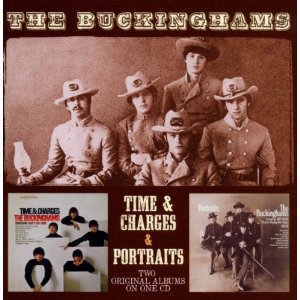 Reissue specialist, T-Bird have just released a pair of great “twofers”, which, though not soul per se, have plenty to interest soul collectors.

First up is an album that couples two great albums from SOUTHSIDE JOHNNY AND THE ASBURY JUKES – ‘I Don’t Wan’t To Go Home’ and ‘This Time It’s For Real’. JOHNNY and his band, of course, were part of the Jersey Shore scene and their early career was inextricably linked with BRUCE SPRINGSTEEN and STEVE VAN ZANDT. Indeed JOHNNY and THE JUKES often played with SPRINGSTEEN’S band while the Boss’ E STREET BAND occasionally gigged with the JUKES, while VAN ZANDT produced both the albums on offer here. They were recorded for Columbia in ’76 and ’77 respectively and both are stuffed with SOUTHSIDE JOHNNY’S signature, horn-filled sound which mixed rock with R&B and soul. Guest artists on the albums include LEE DORSEY, RONNIE SPECTOR, THE SATINS, THE COASTERS and THE DRIFTERS while amongst the song are covers of ARETHA’S ‘Without Love’ and SOLOMON BURKE’S ‘Got To Get You Off My Mind’.

A tad more esoteric maybe, is T-Bird’s second “twofer” from Chicago band, THE BUCKINGHAMS. The quintet came together in the mid sixties and aimed to recreate the Merseybeat sound which was then sweeping the States (and just about everywhere else). The two LPs which are brought together here are ‘Time And Charges’ and ‘Portraits’ and though the music of the band is unashamed pop (veering towards psychedelia on the latter), the horn charts on stuff like ‘Don’t You Care’ have an unmistakable Chicago soul feel to them while the boys offer a passable cover of the jazz/soul chestnut ‘Mercy, Mercy, Mercy’.