VINCE’S PAST AND PRESENT…. 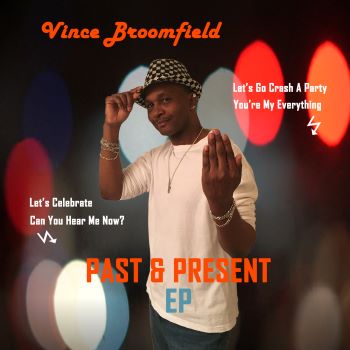 Writer, producer, saxophonist, musician and vocalist VINCE BROOMFIELD is a music biz veteran and over the last few years he’s won plenty of friends with his simple and straightforward, usually joyous take on the modern soul idiom.

We can all enjoy more of Mr B via his latest project -a four track EP, ‘Past & Present’. The title says it all – the music comes from various stages of his career. So the jaunty ‘Let’s Celebrate’ comes from 1992, while, from ten years later, there’s the  Motown-esque ‘Can You Hear Me No’ (oddly, never previously released!) Vince’s present is represented by a smooth ‘You’re My Everything’ and ‘Let’s Go Crash A Party’ – which, of course, when released as a summer single, was a UK soul chart hit. Like we said, all simple and straightforward takes on modern soul! The EP is available on all digital platforms