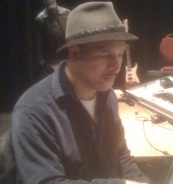 US news agencies are reporting the death of Philadelphia musician VICTOR CASTARPHEN. No details are forthcoming at the moment.

Keyboardist writer and producer, Vic was an integral part of the Philly music scene right through its 70s heyday. He worked alongside all the greats at Philadelphia International – regularly playing at recording sessions, writing with people like Kenny Gamble, Leon Huff, Thom Bell and McFadden and Whitehead and arranging and producing tracks on artists like Lou Rawls, Teddy Pendergrass and the O’Jays. Amongst his writing credits are ‘Wake Up Everybody’, ‘Bad Luck’ and ‘I’ll Always Love My Mama’.

In the 1980s and 1990s Vic was an-demand session player and for a time was MD for the Temptations’ road band and played on many of their recordings during that period.