VERY DOWN TO EARTH…. 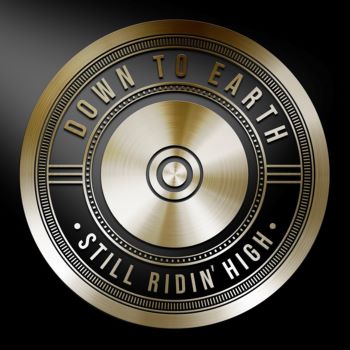 If you’ve been listening to some of the better soul stations over the last few weeks, you’re bound to have heard some scintillating Brit soul from a band called DOWN TO EARTH.

The band are actually a duo – Laurence Thomas Williams (“call me Lol”!) and Stevie Paul. Lol handles the vocals  while Stevie is an ace guitarist and though the Down To Earth brand is relatively new, the pair have quite a track record between them. They were previously in a group called The Unforgettables (now, whatever happened to them?) and they’ve supported likes of Mike and The Mechanics, Incognito, Rick Wakeman, Mary J Blige and classical percussionist Evelyn Glenny. Session wise they’ve  worked with  people like Bobby Brown, Blackstreet, Peter Andre and Booker T.

Down To Earth’s current album (the one that’s capturing the ears of the UK soul crowd) is called ‘Still Ridin’ High’ and it’s one those rare LPs that you can play right through from start to finish – a refreshing change to formulaic soul albums with fillers, interludes and skits that have you reaching for the skip button.

Because of that it’s hard to pick a standout but the tunes that are  winning airplay and attention seem to be the gentle, clipped, sophisticated ‘Gimme Tonight’ and the similarly structured ‘Love Guaranteed’. Then there’s the catchy opener ‘Everyday’. Elsewhere ‘Gotta Get Next To You’ is a soulful ballad while ‘I Promise’ is another ballad with an EWF feel to the harmonics. The album’s closer, ‘Where I Wanna Be’ is a slowie too but with the added bonus of a soulful female voice – Bobbi Shepherd, we believe.

Most of the material (all original and self-penned) is in the mid to down tempo range – the exception is ‘Naturally’ – billed as a “DTE remix”. This begins with odd electro fx  before settling into a soulful house groove that fairly zips along enlivened by some punchy horns. Sonically, it’s the “cuckoo in the nest”. Save for that one, the soundscape is the classic Brit take on modern soul  that can trace its lineage from Drizabone, through Kenny Thomas and onto to people like Soulutions and Mather and Kingdon. It’s proper grown up music and it’s out now via Speegra Records.