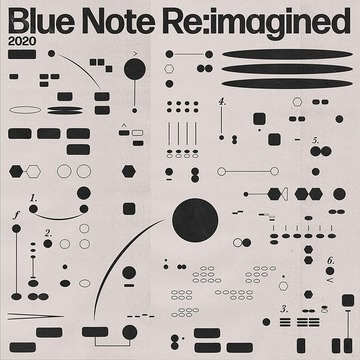 Although 81 years have passed since German-Jewish émigré Alfred Lion co-founded Blue Note Records in New York City, as the label’s new compilation ‘Blue Note Re:Imagined’ clearly shows, the iconic jazz imprint’s revered catalogue of music continues to inspire young artists today. The 16-track album (available on double CD and vinyl) brings together some of the finest talents from London’s contemporary jazz and soul scene, who reinterpret classic tunes, some familiar, others less so, from Blue Note’s vast repertoire of material.

23-year-old Walsall R&B chanteuse Jorja Smith opens the proceedings with a sublime take on a famous track from Blue Note’s more recent past: St. Germain’s ‘Rose Rouge,’ originally recorded in 2000. Smith’s inclusion shows that the compilation’s aim is to present a vivid snapshot of the UK urban scene rather than focusing exclusively on jazz artists; and it brings a welcome dimension of genre-blurring diversity, which means that the album’s appeal isn’t restricted to serious jazz heads.

Though these radical new versions of classic Blue Note sides might upset the jazz purists, they reveal that today’s generation of urban musicians isn’t content to play it safe or follow a well-trodden path; instead, like Blue Note legends Herbie Hancock, Wayne Shorter and Joe Henderson did back in the 60s, they seek to break new musical ground and go where no musician has gone before. It’s Blue Note, Jim – but not as we know it!