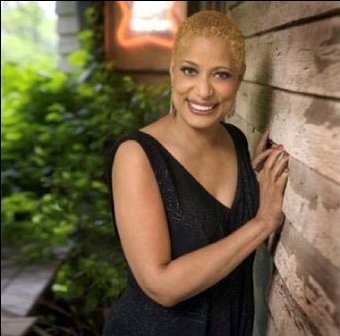 The lovely VANEESE THOMAS is the daughter of the legendary RUFUS THOMAS and like her siblings CARLA and MARVEL, she’s made a career in music. She’s worked extensively as a backing singer (gigs with people like LUTHER VANDROSS, MICHAEL JACKSON, ERIC CLAPTON, STEVIE WONDER and PAVAROTTI), she’s written and produced, she tutors vocalists and works the music seminar circuit – but, most importantly – she also records as a soloist. Her 2001 album ‘Talk Me Down’ won critical acclaim and is fondly remembered by soul connoisseurs the world-over.

The good news for the cognoscenti is that VANEESE is currently working on a brand new album – to be called ‘Legacy’. As a taster a six track sampler is currently available and it proves what those in the know knew …. Ms T is keeping the Memphis soul tradition alive – preserving its “legacy” if you would.

Amongst the six tracks there’s a couple of searing ballads . ‘Love’s Come And Gone’ (featuring a wonderful sax break) is superb by anyone’s standards, while ‘I Don’t Wanna Be Left Out (In The Cold) is one of those classic southern soul songs with just a hint of country about it.

Of the up-tempo material, ‘What About Lucille’ (with a brass riff borrowed from Joe Tex’s ‘Papa Was Too’) is a great throwback while ‘Don’t Throw It Away’ is hugely accessible pop-soul – though none of the southern soul sensibilities have been sacrificed.

VANEESE’S wonderful 2009 album – ‘Soul Sister Volume 1’ is also being re-promoted. The album is a 12 track homage to the likes of ARETHA, ETTA JAMES, GLADYS KNIGHT and MITTY COLLIER and there’ll be a full review here on SJF very soon. In the meantime you can find out more about the soul of VANEESE THOMAS by visiting www.vaneesethomas.com . There you can learn more about ‘Legacy’ and the lady’s other great soul recordings.