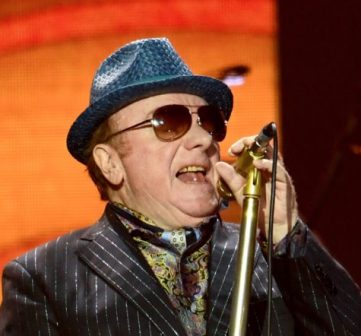 VAN MORRISON has created a media storm after releasing three new songs which criticise the government’s coronavirus lockdown polices as well as suggesting that virologists aren’t telling us the real facts! The songs were recorded “recently” and though the music style is “typically Morrison”, the lyrics are, at the least, controversial. ‘No More Lockdown’, for instance says, “No more lockdown / No more government overreach/ No more fascist bullies / Disturbing our peace. No more taking of our freedom / And our God given rights / Pretending it’s for our safety / When it’s really to enslave.” Morrison has previously caused controversy by denouncing what he called the “pseudoscience” around coronavirus.

It would be interesting to know what people who have suffered the debilitating virus and/or lost loved ones to it think of the Belfast born singer’s stance. They might suggest that it’s easy for a multi millionaire star to make statements like this, living safe and secure, as he does, in semi isolation in a gated mansion and travelling to gigs/meetings/recording sessions in chauffeured limousines and private helicopters. They might also suggest that he doesn’t need to worry about basics like getting in the weekly shop or worse – losing your job and surviving on Universal Credit.  They might even add that yes, he was born in the real world, but doesn’t live in it now.

Amongst the first to condemn Morrison’s new songs was Northern Ireland’s health minister Robin Swann who has described the new songs as “dangerous“. Belfast City councillor Emmet McDonough-Brown waded in too saying; “Van Morrison was given the freedom of Belfast, the highest honour the city can bestow. But his most recent lyrics undermine the guidance in place to protect lives and are ignorant of established science as we grapple with Covid-19. So I’ve asked Belfast City Council to consider revoking it. I think we should withdraw the endorsement.” Interestingly those who share Morrison’s views are Ian Brown of the Stone Roses and Noel Gallagher. Need we say more?