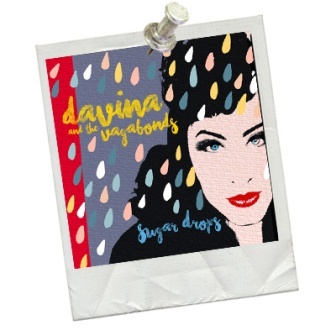 DAVINA & THE VAGABONDS are a Minneapolis-based band currently putting the finishing touches to their album, ‘Sugar Drops’. As a taster they’ve just released the catchy, poppy single ‘Little Miss Moonshine’, though it’s Davina’s mature vocal along with an imaginative arrangement that makes the song attractive. That clever arrangement is down to producer Garry West and Davina’s husband, trumpeter and string arranger Zack Lozier.

Ms Sowers (for that Davina’s name) says “My songs always begin with an emotion, so it started out as an ‘I see you and I see through you’ song. I do what I do because I am who I am, not because I wanna make a buck or because it’s the next cool trend. There’s nothing smellier than dishonest music and fake people. Even if you’re doing music from eras past and paying homage to music that you, yourself have been influenced by, it needs to come from the heart!”

See if you agree when ‘Little Miss Moonshine’ hits the sales racks on July 19th.