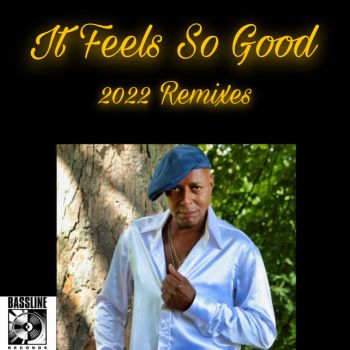 2022 sees the 40th anniversary of UK vocal group IMAGINATION and the band’s main man LEEE JOHN is still  going strong and set to celebrate the big 40th in fine style!

First off Mr J’s releasing a new single, ‘It Feels So Good’. The track has an interesting provenance. Back in 1987, when Imagination were riding high, a young studio engineer, Victor Simonelli, helped record Leee John’s ‘Instinctual’ at Arthur Baker’s Shakedown Sound studio. Victor was a big Imagination fan and wrote a song (‘It Feels So Good’) which he thought would be perfect for Leee John’s soaring falsetto. Of course, it  never happened.

Over time Simonelli has become a well-established and internationally known and followed DJ, producer, songwriter, remixer and label owner and a couple of years back he hooked up with Leee and they started to record. The result, at last, is Leee John/Imagination’s ‘It Feels So Good’ – an uplifting, disco outing that comes in the usual welter of mixes …it’s on its way mid-January when you can judge for yourself if Mr Simonelli’s patience with the song has been worth it.