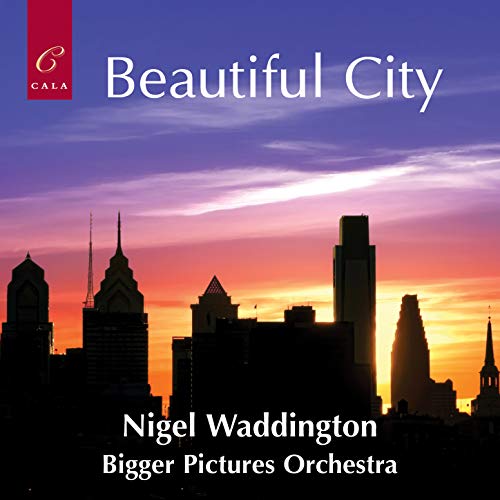 NIGEL WADDINGTON is a London-based arranger/composer and his latest release is a 6 track mini album… ‘Beautiful City’. The EP features some of the capital’s top session payers like Stewart Curtis, George Hogg, Trevor Mires, and Gabriel Keen while the three vocals tracks are handled by Ian Shaw and Vanessa Hayes. Ms Hayes is out front on a respectful and lush cover of ‘Walk On By’ where sweet strings takes the place of the familiar brass stabs and on the album’s title track – a song by Stephen Schwarz which after a bleak opening gains momentum. Much more “up”, of course, is a jazzy take on ‘ Stayin’ Alive’ on which Ian Shaw takes lead on a sort of ‘Moondance’ arrangement.

Amongst the instrumentals is a big version of Gershwin’s ‘American In Paris’ while the two Waddington originals are ‘Step Away From The Vehicle’ and a ten minute plus ‘Carnival De Toledo’.

NIGEL WADDINGTON’S ‘Beautiful City’ is out now on Cala Records