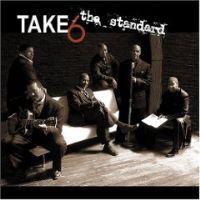 Jazz ‘super group’, FOURPLAY release their latest album ‘Energy’ at the end of October on the Heads Up label. The 10 tracker features all new material and boasts a vocal from bassist NATHAN EAST (‘Cape Town’) and another from guest artist ESPERANZA SPALDING who takes lead on ‘Prelude For Lovers’. Same label has a TAKE 6 showcase, ‘The Standard’ on imminent release. The acclaimed vocal group offer their inimitable versions of well-known jazz and soul standards along with a sprinkling of originals. The guest list includes AARON NEVILLE, AL JARREAU, GEORGE BENSON and BRIAN MCKNIGHT who helps out on a remarkable cover of ‘What’s Going On’. Single artist-wise, Nu Groove Records have sets on DE NATE (‘Reminisce’) and DAVE SERENEY (‘Take This Ride’) on the way, while, though there’s a way to go yet, ‘Grooves For The Season’ is the label’s Christmas offering – a various artists 12 tracker with jazzy takes on Christmas classics. Finally, though not jazz per se, MARIA MULDAUR’S ‘Yes We Can’ will interest everyone with adventurous and socially-aware ears. With a guest list that includes JOAN BAEZ, PHOEBE SNOW and BONNIE RAITT, the LP is a plea for peace via songs from BOB DYLAN, MARVIN GAYE, ALLEN TOUSSAINT and others. Catch an unusual version of EDWIN STARR’S ‘War’ on the album too. Label, by the way, is Telarc.