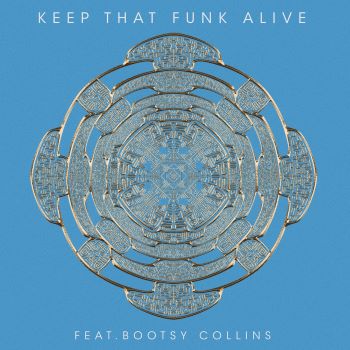 LETTUCE is a six piece band – Adam Deitch (drums), Adam Smirnoff (guitar), Erick Coomes (bass), Ryan Zoidis (saxophone), Eric Bloom (trumpet) and Nigel Hall (keys).They’ve been around since the early 90s and at first refused to be pigeon-holed, describing their music as “funk/jazz/soul/jam/psychedelic/ hip-hop/art rock/ambient/avant garde/eclectic and experimental!” Their early work was all that a lot more but in recent years, though they’ve retained their eclecticism their sound has become funkier and funkier and you can enjoy it at its toughest and tightest on their new album,  the 16 tracker that is ‘Unify’.

‘Unify’ is the band’s 8th studio album and completes a loose trilogy that began with 2019’s GRAMMY-nominated ‘Elevate’ and continued with 2020’s ‘Resonate’. Committed funkateers will know that this new LP was heralded by a couple of singles. First there was ‘Gravy Train’ – a loose limbed, lithe, wriggler of a  tune that comes on like the good ‘ole Meters. That was followed by a percussive cover of the old Clark Sisters’ gospel anthem, ‘Everything’s Gonna Be Alright’. An inspired choice, this new version featured guest vocals from Nick Daniels.

The album features another rather special guest… a certain Bootsy Collins! Mr C brings what only he can bring to ‘Keep That Funk Alive’ and that’s exactly what the tune does! The band’s Adam Deitch says: “Linking up with Bootsy, one of the inventors of funk, still feels like a dream,” states Deitch. “Bootsy wants to keep funk alive and we wholeheartedly agree with that statement. This is one of our greatest accomplishments as a band!” Little wonder that the Lettuce team have chosen ‘Keep That Funk Alive’ as the album’s third single!

However, don’t think that ‘Unify’ is a three track set!   Across the 16 tracks there’s plenty to keep the Mothership flying high! Between the opening, lively ‘RVA Dance’ and the closing, sombre ‘Insta Classic’  there’s plenty to keep funk fuels fired! Try the vocal that is ‘Get It Together’, the sinister, cinematic ‘Hawk’s Claw’ or ‘Change The World’, another anthemic vocal.

LETTUCE: Unify – out now via ROUND HILL RECORDS