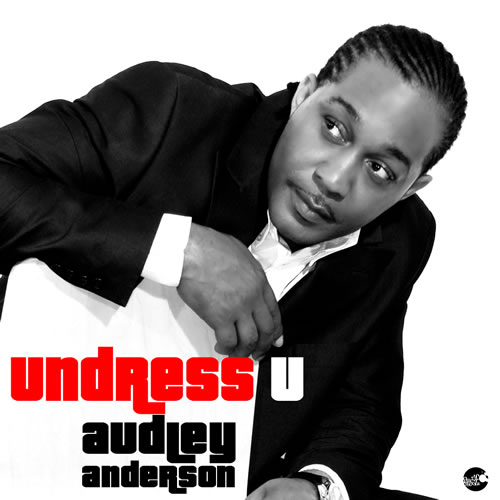 London-based soul man, AUDLEY ANDERSON made big waves when he was chosen as one of the finalists on BBC’s Fame Academy. Since then he has toured the world with his show ‘Journey into Soul’ which features a chronological journey through the history of Soul Music from the 1950s to the present day chart toppers!

As well as his growing career as a singer/songwriter, over the past few years Audley has carved another niche as that of Mentor/Artist in Residence at many schools/institutions across London. Projects typically involve inspiring and encouraging young people to become involved creatively in music / performing arts; in particular by developing the students’ previously undiscovered musical talents, awakening their business acumen and team-building skills.

Concurrently Audley’s working on an album, from which he’s just issued a single called ‘Undress U’. Interestingly, though the title suggests a macho, stereotypical view of relationships, Audley actually wrote the song for one of the musical classes he was mentoring; he wanted to show that modern R&B songs could be about intimacy without being graphic or sexually explicit… and you know, he’s succeeded.

The song (with production input from Don-E) is currently available via the usual download portals and comes in two mixes. The original is bright and catchy while the “Dready Mix” has a more contemporary R&B edge to it. Find out more @ www.audleyanderson.com