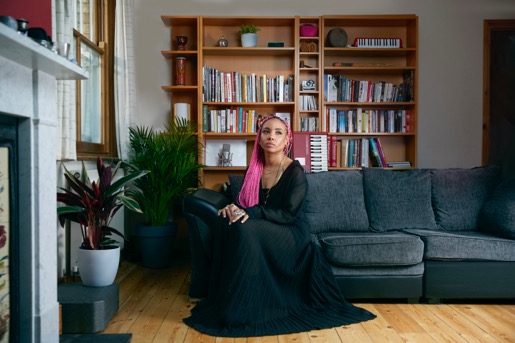 Tipped for the top, rising British neo-soul singer and pianist NATALIE DUNCAN, follows her recent single ‘Sirens’ with the announcement that an album called ‘Free’ will follow on July 24th via Fallen Tree1Hundred.

Born in Croydon and raised in Nottingham, Natalie first came on the radar of soul fans back in 2012 when she was signed to Verve Records and released the album ‘Devil In Me,’ helmed by the esteemed producer, Joe Henry. The album went nowhere but undaunted, the 31-year-old chanteuse – whose influences range from Robert Glasper to Nina Simone and Alicia Keys – is back with a 12-song collection as the maiden release on producer and DJ Goldie’s new label.

‘Free’ highlights not only the beauty of her honey-drizzled vocals but also Natalie’s sparkling piano playing. All the songs are self-written and the arrangements, for the most part, are minimal, with occasional trumpet embellishment. Talking of the rationale behind the album’s stripped-down, intimate production style, the singer said: “I’m a pianist first and foremost and that’s how I always write my songs: they begin life on the piano before I start mapping out arrangements for other instruments. I knew that I wanted simplicity in this album, which is why there aren’t thick sonic layers and grand orchestration.”

Natalie first came to the attention of Goldie in 2003 and later began working with him with his Heritage Orchestra. When he had the idea of forming his own label, Natalie was as the top of his list of artists he wanted to record.  “I’ve been watching Natalie grow over the last fifteen years, from humble beginnings on “Goldie’s Band”, and she has always been a musical muse to me,” says the iconic producer/DJ. “She’s blossomed into an absolute powerhouse singer and songwriter, and this is her best work to date, her magnum opus: I couldn’t be more proud to have this album as the first release on Fallen Tree 1Hundred.”.

‘Free’ is out on July 24th via Fallen Tree 1Hundred. The single ‘Sirens’ is available now via the usual streaming and download platforms.