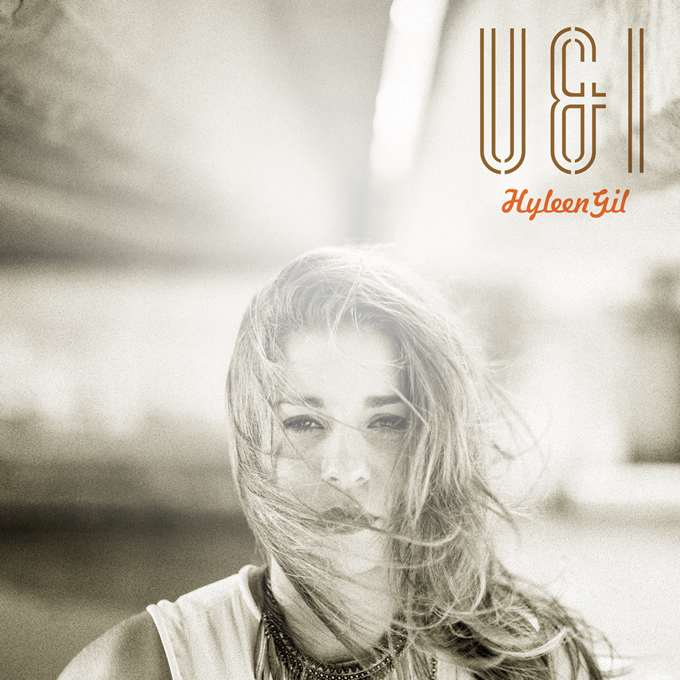 HYLEEN GIL is a young French singer/songwriter and guitarist and her debut collection ‘Welcome’ made waves on the European soul underground. Live, she’s worked with people like Jamiroquai, Jill Scott, Prince, Mary J Blige and Robert Glasper… quite a cast, and for her latest recording the lady’s brought in some more big names to help out – notably Omar and Frank McComb.

The mini album (it’s essentially seven tracks + remixes and bonuses) is called ‘U & I’ and it’s just come out on Sweet Soul Records. Musically, it’s difficult to hang a tag on. Sure, it’s soul but not the “sweet” soul implied in the name of the issuing label. Hyleen’s music is edgy and complex; adventurous and intriguing. Some might call it neo/nu soul – but its’ much more than that. There’s a hint of jazz about it and Hyleen even tries her hand at rap; best to say that Hyleen’s sound is at the experimental edge of soul.

Standout track is ‘Wake Up Your Mind’ – this is the one that features Frank McComb. Big Frank adds his voice to a sensual, mid-tempo soul shuffle and it really is infectious even when things slow down for a lengthy mid-song, dreamy spoken passage. The UK’s Omar duets with Hyleen on ‘Can You Love Me’ – the most obvious choice for a single because of its relative simplicity. The release offers the original cut along with three remixes. Then there’s a trio of musical sketches or “Digressions” and the album ends with an ambitious cover of Daft Punk’s ‘Get Lucky’.

The Japanese release has two extra tracks – a rambling ‘Just A Smile’ and a cover of Charme/Luther Vandross’ ‘Georgy Porgy’. Here Hyleen slows proceedings right down, so that the song is almost unrecognizable as the disco romp it once was.

… and speaking of Luther, Ms G clearly has a thing for Mr. V ‘cos a quick internet search will lead you to her version of the great man’s ‘Never Too Much’. Once again she takes no prisoners with it. She recreates the classic giving it an almost drum and bass makeover. Don’t know if it really works but she’s to be praised for her bravery.

Find out more about this intriguing new artist at www.sweetsoulrecords.com