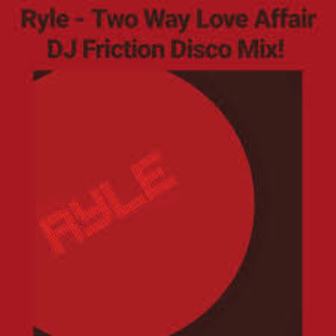 Earlier this week we highlighted a new single featuring one half of COOL MILLION…. ROB HARDT.  His track was a foot-tapping collaboration with David A Tobin…. ‘Let It Go’.

Now the other half of Cool Million, FRANK RYLE,  steps up to the plate with his new cut ‘Two Way Love Affair’ – a collaboration with Danish singer Flemming Fanoe. It’s not quite a new offering though. Rather, it’s a remix by DJ Friction of a track from Ryle’s 2016 LP ‘The Adventures Of Jefferson Keyes’. Mr Friction takes the tune deep into Glitter Ball territory and over 8 minutes it’s bound to fill floors in the near future. There is also a radio edit and a dub mix….. out now!