TWO BETTER THAN ONE! 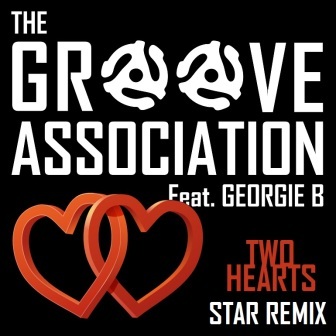 By common consent one of last year’s best UK soul albums was ‘More And More’ by GEORGIE B and his GROOVE ASSOCIATION and one of the most played tracks was the gentle groove that is ‘Two Hearts’. Well that tune’s popularity has prompted George to have it remixed- though he prefers to call the new tighter, tougher, beatier “Star Remix” a “re-work” as he’s completely re-fashioned it.

He says that the inspiration for the new version was one of his heroes -Maurice White and the sounds of Earth, Wind And Fire. Odd really, because many soul commentators felt that the original had a EWF feel about it anyway! Whatever, the new tweak is a delicious 5 minute plus slice of classy modern soul enhanced by some jazzy guitar courtesy of Groove Association’s old sparring  partner Dave Mascall.

This lovely new mix of ‘Two Hearts’ will be available from Friday 5th April but only via Georgie’s own website – www.georgiebmusic.com