TWICE IN A LIFETIME! 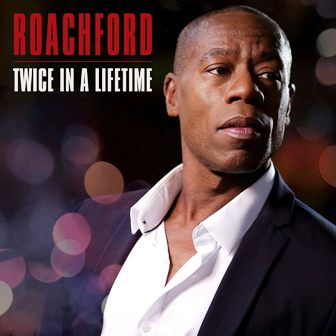 “I think that with this album, I finally get to showcase just who I am – an artist, a songwriter, and a pianist. I never wanted to be a fleeting pop star chasing momentary fame. I’ve always been in this for the music and for the long haul,” so says (Andrew) ROACHFORD as, at last, his new long player hits the sales racks.

The album (first scheduled for release in April) is the 13 tracker that is ‘Twice In A Lifetime’ and the collection is, as he suggests, a mature singer/songwriter set that should throw of the poppy image that things like ‘Cuddly Toy’ conjured up.

Produced by Jimmy Hogarth (whose credits include work with people like Paolo Nutini, Duffy and Amy Winehouse), ‘Twice In A Lifetime’ offers some fine Brit soul – notably ‘Too Much To Lose’ and ‘Once In A Lifetime’ where the overriding flavour is the sound of Southern soul. Both have a real Hi sound to them and it’s easy to imagine the late Willie Mitchell (rather than Hogarth) at the controls.

Elsewhere, the music is that very particular British take on the soul idiom with the Beverly Knight duet ‘What We Had’ outstanding of its kind. The LP’s big ballad, ‘Written In My Heart’ is another highlight and proves that Mr R has indeed arrived – a proper, grown up artist/songwriter/pianist.