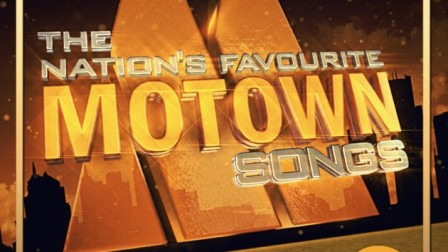 If you can manage to tune the telly away from the World Cup, then this Sunday ITV are set to screen what might turn out to be a music extravaganza as tasty as the current football fest.

The programme is The Nation’s Favourite Motown Song, and it’s set to go out at 9.00pm on Sunday 6th July on ITV 1.

We’re told that the programme “will tell the story behind 20 of Motown’s best-loved songs. It will explore the label which became the American soundtrack of the Sixties and beyond, creating a one-stop factory of hit songs and a sophisticated style which set the agenda for generations of pop stars to come. The documentary special will feature new interviews with Motown stars alongside footage of the greatest hits from the label’s iconic artists.”

The programme also features the songwriters, musicians and producers behind Motown’s greatest hits – as well as celebrity Motown fans like Dionne Warwick, Aloe Blacc, John Newman, Gabrielle, Michael Bolton and James Morrison – as it reveals the results of an exclusive ITV poll to find out which Motown classic Britain loves the most.

The show will be narrated by Craig Charles – the self-confessed Northern souler has clearly sorted out his shifts at Street Cars! And to tie in with the show – yep, you’ve guessed it… there’s the album. Universal are releasing a 40 track, 2 CD compilation featuring all the songs from the show and 20 other well-known chestnuts.

We’re guessing that the selected songs will all be predictable so if you really want some Motown low-down, might we recommend the recently published Graham Betts ‘Motown Encyclopaedia’ (see our news archive)… then we can all go back to the footie!