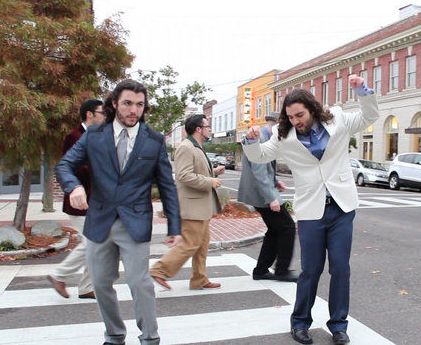 Old school soul refuses to go away and equally the number of blue-eyed soulsters purveying it is on the increase. Latest in the line are New Orleans outfit TYLER KINCHEN & THE RIGHT PIECES.

We don’t know too much about them save that they’re a big live draw through the soul heartlands of the South. Their latest album is called ‘Acoustic Disdrometer’ (no, we don’t know what it means either!) and it gets official release in October.

The long player is heralded by a totally infectious single called ‘Turn It On (Electricity Bill)’ which for some crazy reason reminds me a lot of Booker Newberry’s ‘Love Town’. And like that gem, it’s a big, fun tune with a hidden magic all of its own. If you like Mayer Hawthorne, you’ll love this!