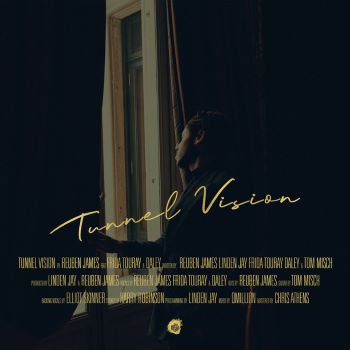 UK singer/songwriter/keyboardist REUBEN JAMES is all set to release his new album (“mixtape”, he prefers), ‘Tunnel Vison’ on April 29th.

In the last few weeks, to prepare for the launch, Reuben has released a couple of taster singles. First up came a lazy, laconic ‘What U Need’ which featured Chicago rapper Ric Wilson and London based flautist Gareth Lockrane.

Hot on that one’s heel’s came a very different vibe – a gentle, dreamy romantic ‘All I Wanna Do’ proving, once again, young Reuben’s versatility  and mastery of the soul and jazz idioms. Both auger well for ‘Tunnel Vison’.