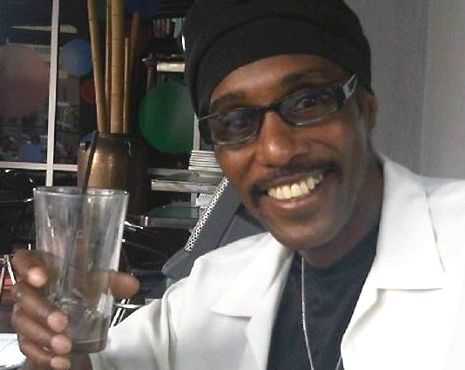 Musician TUNDE RA ALEEM died on Thursday August 14th. Few details are known but his death was announced on the internet by one time collaborator, soul singer Leroy Burgess.

Burgess posted; “I get a call on my cell 30 minutes ago from a number I don’t recognize. I pick up. It’s Ron Green (Captain Rock). He’s crying… hard to make out. Before I can ask him what’s wrong, he tells me. Tunde Ra has been called back home by the FATHER.”

Tunde Ra Aleem – a keyboardist and vocalist – worked with his identical twin brother Taharqa (they were born Albert and Arthur Allen). One of their first musical experiences was with Jimi Hendrix (they shared an apartment with him) and they went on to work with people like Rick James and Kashif. The duo also formed a band , The Ghetto Fighters and set up their own label – Nia Records. There, teaming up with ex Black Ivory main man, Leroy Burgess they recorded under the name The Aleems and scored hits with ‘Love Shock’ and ‘Love’s On Fire’. Confusingly they also recorded as The Fantastic Aleems and cuts like ‘Hooked On Your Love’ and ‘Get Down Friday Night’ became dance club staples. Interestingly both tunes were recently remixed by John Morales and music legend has it that ‘Hooked On Your Love’ showcased Luther Vandross’s first recorded work as their backup singer.

The Aleem twins also worked as producers working with acts like Fonda Rae, Caprice, Captain Rock and Process and the Doo Rags while the Nia label became home to rappers such as Marley Marl and MC Shan. The Aleems also worked with a duo known as Dr. Jeckyll & Mr. Hyde. Dr. Jeckyll was actually Andre Herrell, who 10 years later founded UpTown Records and then would, for a short time, become CEO of Motown Records.