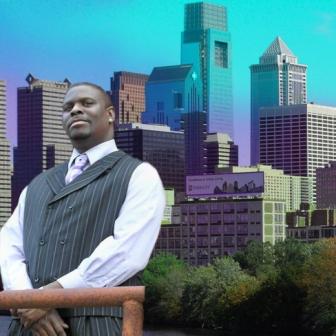 Philly anoraks will know that JERRY CUMMINGS was first tenor with the legendary Harold Melvin and the Blue Notes. Jerry joined the group in 1974 and featured on hits like ‘Where Are All My Friends’ and ‘Bad Luck’. Jerry became a very close friend of Teddy Pendergrass and the pair remained close right up to Teddy’s sad passing. To this day Teddy’s widow, Joan, counts on Jerry as one of her best friends.

Back in 2102 after meeting with Kenny Gamble, Jerry was given permission to resurrect the TSOP brand… though this time “TSOP” was to stand for The SOUL of Philadelphia. All Jerry needed was the right vehicle to launch his project.

Well it’s taken a while but last year Jerry was asked to listen to an unknown singer from Shreveport Louisiana, TONY SULLIVAN. Jerry could not believe how much Tony sounded like Teddy P (indeed Tony earned his crust working a Teddy P tribute show) and he was signed up pronto.

Cummings wrote him a song, ‘Oh What A Woman’, and it’s just been released on TSOP. It’s a busy, soulful slab of typical Philly soul and it carries the approval of Joan Pendergrass! Need we say more?