TRYING TO FIND MY WAY BACK… 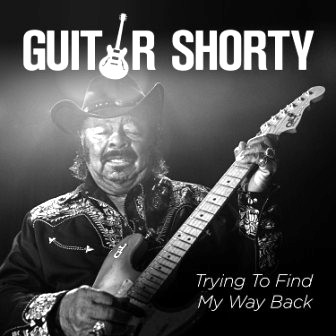 ‘Trying To Find My Way Back’ is the latest album from veteran (he’s 84!) blues man GUITAR SHORTY. Shorty debuted way back in 1957 with the Willie Dixon collaboration ‘Don’t Treat Me Right’ for the Cobra label and he then went on to record prolifically and work with some of the biggest names in the business. His people tell us he’s worked with (amongst others) Sam Cooke, Ray Charles, T-Bone Walker, Big Joe Turner and Little Richard! Legend has it that the young Jimi Hendrix was so enamoured with Shorty’s playing, that he often went AWOL from his army base to catch him perform. Shorty let Hendrix borrow one of his wah-wah pedals and the rest is, as they say, history.

The new album is produced by Jerry Williams Jr./Swamp Dogg and features Larry “MoogStar” Clemon, from the legendary funk group Cameo. Between them they cook up a proper old school, electric blues festival. It’s bluesy (obviously), funky, gritty. soulful and contemporary and it’s out now!