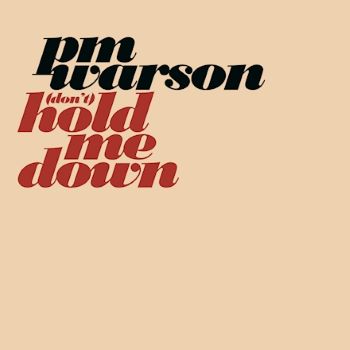 ‘True Story’ is the upcoming debut album from London singer/songwriter P M WARSON. It’s due April 23rd but in the meantime Mr. W has just released a single from it. It’s a catchy, Northern soul pastiche, ‘(Don’t) Hold Me Down’.  There’s quite a story behind the single. Warson first released it as a self-published 7” single and it quickly won a following on the underground mod and soul scene leading to the Fred Perry organization using it on their ‘Soul Boy’ promotional video. You can hear why. The record captures the essence of Northern soul – crisp beats, a catchy song, soulful delivery, a honking sax/horn solo and authentic femme backing vocals.

We’re told that ‘(Don’t) Hold Me Down’ will be one of many highlights on ‘True Story’ and we’ll bring you a full review very soon! In the meantime, enjoy the single which is out now on Legere Records.