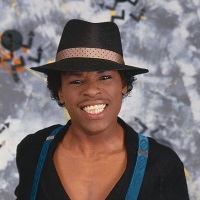 TRISCO PEARSON of the FORCE MDs died on Friday 16th September in New York aged 53. Pearson was an original member of the band and had recently rejoined them after being diagnosed with cancer. Sadly that cancer was to claim his life.

They signed with Tommy Boy Records in 1984 and crafted a sound that successfully blended old style doo-wop with cutting edge hip-hop. Their first major hit was ‘Tears’ followed by the chart topper ‘Tender Love’ and the ballad ‘Love Is A House’.

In 2009 President Obama revealed that the Force MDs were on his personal I-pod playlist!