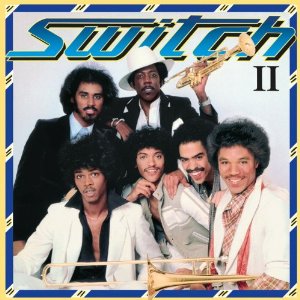 Holland’s Vinyl Masterpiece label – a renowned purveyor of late-’70s and early-’80s disco, funk, and soul grooves – has just unleashed a trio of CDs on their own PTG imprint.

First up is ‘Switch II,’ the sophomore album from SWITCH, the soul and funk sextet hailing from Mansfield, Ohio. The set was originally released on Motown’s Gordy label back in 1979 and contains the group’s big US R&B hit, ‘I Call Your Name,’ co-written and produced by BOBBY DEBARGE. The set also features two tracks co-penned and produced by JERMAINE JACKSON.

As its title confirms, ‘Disco Giants 8‘ is the eighth instalment of Vinyl Masterpiece’s long-running and popular series focusing on floor fillers from the ’70s and ’80s. The new 20 track/2-CD set features club classics that range from Johnny Kemp’s New Jack-influenced ‘Just Got Paid,’ to Surface’s blissful dancer, ‘Happy’ and Aretha Franklin’s ‘Jump To It.’ Also included are full-length dance floor cuts by Rick James, Lisa Lisa & Cult Jam, Curtis Hairston, LaToya Jackson, The Three Degrees and even some cuts by UK-affiliated acts: Heatwave’s Rod Temperton-penned ‘Lettin’ It Loose,’ 52nd Street’s ‘Tell Me (How It Feels),’ and Phil Fearon and Galaxy’s ‘Dancing Tight.’

For full track listings and more info go to: www.vinyl-masterpiece.com