TRIBUTE TO A KING….. 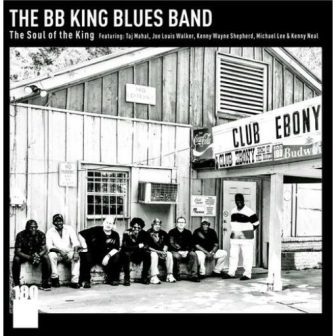 Tribute bands and artists are everywhere these days; and it’s not just the legendary and established musicians who have spawned “tribute” acts… even fly by night performers and optimistic wannabees have their own “tributes” out there. The newest tribute act to come to our notice is the BB KING BLUES BAND – no prizes for guessing their provenance! But – and this is a BIG BUT – the BB King Blues band is a whole lot different to any other tribute act out there. You see the players in this outfit all worked with the iconic BB and for their latest long player, ‘The Soul Of The King’, the core musicians are joined by some big names people like Taj Mahal, Kenny Wayne Shepherd and Michael Lee who impressed audiences via his US ‘The Voice’ performances.

The material on the 16 tracker (3 cuts are spoken explanations) is a mix of BB King covers and original material. Manager Terry Harvey says, “This record is a representation of B.B.’s musical styles and influences, to those who never got to hear or see him live.” A cover of the Blues Boy’s biggest hit ‘The Thrill Is Gone’ takes pride of place but other winners include the Taj Mahal/Mary Grifffin duet on ‘Payin’ The Cost To The Boss’ and the lovely Steely Dan/Tower of Power flavoured ‘Hey There Pretty Woman’ (penned and performed by trumpeter James “Boogaloo” Bolden.)

For the past few weeks ‘The Soul Of The King’ (released on Ruf Records) has sat atop the Billboard Blues Chart – and rightly so!