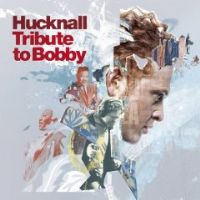 At first the prospect of MICK HUCKNALL recording a tribute album to the great BOBBY “BLUE” BLAND sounds bizarre, but dig a little deeper and it starts to make sense. HUCKNALL was brought up in Manchester by a soul-loving father and he’s always cited people like MARVIN GAYE, ARETHA FRANKLIN and indeed BOBBY BLAND as big influences on him. Check the chart statistics and you’ll see that SIMPLY RED’S first hit was a cover of the soul tune ‘Money’s Too Tight To Mention’ while many subsequent hits and album tracks were often tinged with soul – albeit of a smooth variety. MICK HUCKNALL’S now 47 and he acknowledges that his voice is changing and now with his life experiences he’s ready to tackle the BOBBY BLAND back catalogue. MICK explains: “What I’ve tried to do with these songs is get them across to people who don’t know Bobby’s work. I’ve also tried not to forget that this is the 21st century, so that it would be pointless to re-record the original horn arrangements and productions. It was important to put a contemporary slant on it, but keep that traditional R&B sound”. Songs chosen for the “contemporary slant” include ‘Farther Up The Road’, ‘Yolanda’, ‘Stormy Monday Blues’, ‘Chains Of Love’, ‘I Pity The Fool’ and ‘Cry, Cry ,Cry’… and what does BOBBY BLAND himself think of the project? Well, he’s enthusiastic – “The first time I hear anybody do my material, usually they try to do it like me, but Mick’s changed everything, which I really liked… he’s either gone through the ghetto or slept in there!”

MICK HUCKNALL’S ‘TRIBUTE TO BOBBY’ is released on May 19th on simply red.com
Tags: TRIBUTE ... RIGHT ON