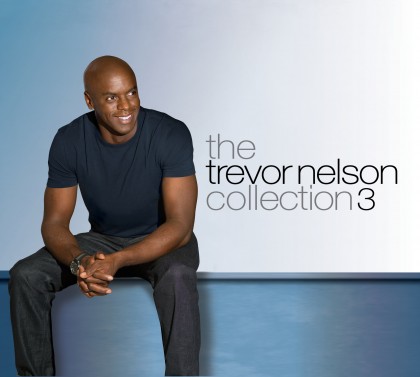 Two of the best selling soul and R&B compilations of recent years have been the two volumes of ‘THE TREVOR NELSON COLLECTION’. Volume 1 went to number 1 in the spring of 2013 and the second instalment emulated that feat earlier this year. Between them they’ve sold over half a million copies… not bad in these cash-strapped days. Their success says a lot for the quality of the music on the albums… but with Trevor Nelson in charge of selection and sequencing you’d expect the best anyway.

No surprises then that Sony have asked Trevor to compile a third “Collection” and the three CD, 58 track album is set to hit the sales racks on January 12th. Wisely, Trev and the team at Sony have kept to the successful formula… that’s to say running with a mix of tunes from iconic artists and cult heroes that cover the scene from the 70s right through to the present day.

The included iconic legends number Marvin Gaye (‘Got To Give It Up’), Aretha (‘Jump To It’), Luther (his Change track, ‘The Glow Of Love’), Michael Jackson (‘Remember The Time’) and Earth Wind And Fire (‘Fantasy’). The current legends include Beyonce, John Legend, R Kelly and Justin Timberlake but there’s also plenty from lesser known names … artists like The Mac Band, Ce Ce Peniston, Fat Larry’s Band, Sherrick, Chantay Savage and Ruff Endz.

Add to all those a goodly selection of recent big tunes…. stuff like Frank Ocean’s ‘Thinkin’ Bout You’ and Pharrell’s ‘Gust Of Wind’ and you have another comprehensive overview of the scene. Yep, like volumes 1 and 2, this third set offers something for everyone. I mean there are few compilations where you can enjoy on one hand Santana’s ‘Maria Maria’ and Chris Brown and L’il Wayne’s ‘Loyal’.

THE TREVOR NELSON COLLECTION VOLUME 3 IS OUT ON 12TH JANUARY