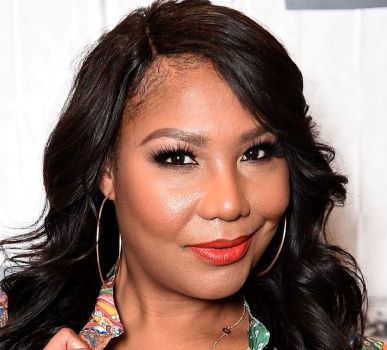 2022  continues to take its toll on the world of soul, jazz and funk as we report the death of TRACI BRAXTON. A member of the famed Braxton musical clan, Traci passed away on Saturday March 12th. She was aged just 50 and had been suffering oesophageal cancer.

Traci’s first musical experiences were in the church with her family but in 1989 she and her four sisters (Toni, Towanda, Trina, and Tamar) signed a deal with Arista Records and released a single, ‘Good Life’. The single flopped and the fivesome were dropped by the label. Toni, of course,  went on to enjoy major success working with L. A Reid and Babyface. The four other sisters then  became Toni’s backing singers. In 1993 the four Braxton Sisters were signed to LaFace Records but nothing came of the deal and Traci went on to work as a youth counselor

In 2011, Traci reunited with her sisters for the Braxton family reality TV series and two years later embarked on her own solo career – releasing an album, ‘Crash And Burn’,  and fronting a radio show. In 2015 the Braxton Sisters reunited to record a Christmas album. More solo Tracy Braxton singles followed while in 2017 she embarked on an acting career.