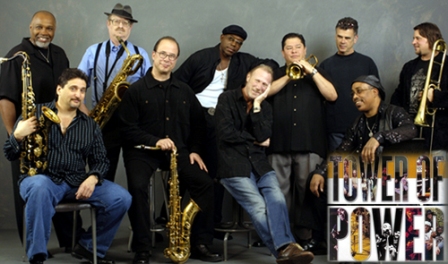 The legendary soul/funk aggregation TOWER OF POWER have just announced that they’re to play a one-off London show in November; the date is Sunday 18th November and the venue is the O2 Shepherds Bush Empire.

TOWER OF POWER have been in business for over 40 years and despite that longevity they’re still capable of packing venues with a soul-stuffed show that leaves nobody in their seats by the end. The band that JAMES BROWN claimed was “the best” (after his own, of course) are still a ten piece, horn-driven outfit and we’re told that they’ll be featuring all their classics including ‘What Is Hip’, ‘You’re Still A Young Man’, ‘So Very Hard To Go’ along with material from their more recent albums.

For more information check with the venue or go to www.towerofpower.com