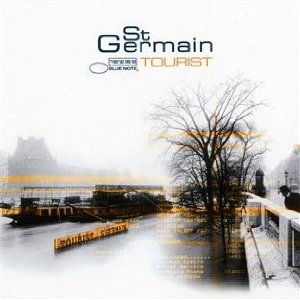 Originally released in 2000, ST GERMAIN’S ‘Tourist’ quickly became a chilled beats classic. The brain child of French muso, LUDOVIC NAVARRE it was an hypnotic mix of roots music, futuristic beats, eclectic structures and deep house. Released on the legendary Blue Note label and realized by a team of top Parisian session players the LP won favour in all kinds of quarters – right from laid back Ibizan chillers to broad minded jazzers with the lead cut – ‘Rose Rouge’ – becoming a staple on the most discerning DJs (live and radio) playlists.

The album has just been reissued – fully remastered – using the latest 24 bit technology – and none oft the original magic of things like ‘Latin Note’, ‘Pont Des Arts’, ‘What You Think About’ and, of course, ‘Rose Rouge’ has been lost.