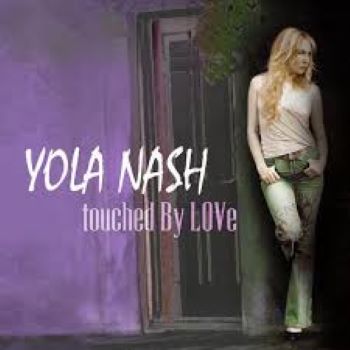 Of Polish heritage, YOLA NASH is a US jazz singer who’s just launched her second album, though at just six tracks, ‘Touched By Love’ might be better described as an EP (extended play).

The collection is Ms Nash’s second major offering, following her debut with ‘Another Girl’ almost ten years ago. In the interim, she’s worked with composer/guitarist Graham Kerr and pianist Octavio Vasquez to develop her sound and indeed three of the six songs on ‘Touched By Love’ are Nash/Kerr collaborations. They are ‘I Miss You Loving Me’, ‘Ready For Love’ and ‘Forbidden Love’ – all are gentle explorations of aspects of romance. Two of the tracks are co-authored by Yola and Vasquez and ‘Lies And Whispers’   and the intriguingly titled ‘Lololove Me’ have a distinct Latin flavour.

The collection’s non-Nash song is, perhaps, the mini album’s most intriguing song. It’s ‘Dance With Me’ which comes from the pen of award-winning poet and film director Felia Cederbaum.  Yola gives a theatrical performance that marries the sounds of Argentina (note the accordion of Alex Meixner) with the smoky sounds of 1920s Berlin cabaret bars.

Ms Nash says: “All the songs on the album were inspired by my life, beautiful love and longing for it or tremendous pain , betrayal, burning questions or just hunger for hope”. If you want to share the experiences the album’s out now on @ www.YolaNash.com