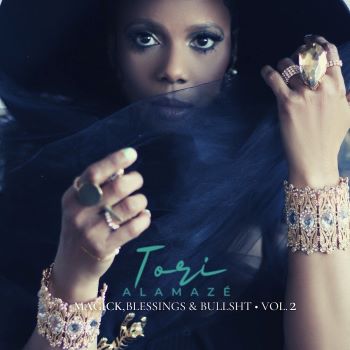 TORI ALAMAZE is a US R&B singer whose entry to the music biz was as makeup artist for Outkast! She graduated to backing vocals and went on to work with people like Faith Evans, Erykah Badu, Busta Rhymes and TLC.

In these enlightened days she was signed to Universal as a solo artist (her looks obviously had nothing to do with it!) and recorded an album which was produced by Cee-Lo Green. The lead single was ‘Don’t Cha’ which just missed out on the US top 50 and good old Universal dropped her! Such are the vagaries of the major labels!

You probably know that the song was re-recorded by the Pussy Cat Dolls and  became a worldwide smash – again, the vagaries of the music biz!

Tori is making a comeback of sorts and has released a series of EPs called ‘Magik, Blessings and Bullshit’ – that title really says it all! Volume 2 is currently available and the lead single is a contemporary R&B meander, ‘Reset’. Rather mournful, Ms Alamaze warbles sweetly and we’ve learned that the tune is winning plenty of streams Stateside. Out now.