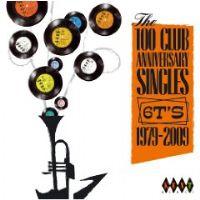 Over the last couple of months, Ace Records’ Kent subsidiary have released a trio of stonking soul archive compilations… all essential for lovers of classic soul.
First up there’s a generous 24 track tribute to one of the UK’s longest running soul clubs – the 6T’s Rhythm ‘N’ Soul Club – based (chiefly) at the 100 Club. For the soul night’s fifth anniversary – back in 1984 – the leading lights decided to issue a commemorative vinyl 45 and that anniversary tradition continued for the next 25 years. Here ADY CROASDELL has lovingly assembled and annotated the sounds that were issued as those highly collectable 45s. Highlights abound – and naturally there’s lots of energetic dancers but for those who like things a little more mellow there’s CHUCK JACKSON’S wonderful ‘What’s With This Loneliness’ and JOHN EDWARDS’ ever-popular ‘Ain’t That Good Enough’ while the simple rustic sound of THE SAN FRANCISCO TKOs’ ‘Make Up Your Mind’ is a real left-field delight.
Secondly, Kent are offering their final volume of recordings from New York’s GWP label along with productions they licensed out elsewhere. Again the set offers plenty for the dancers but in DEBBIE TAYLOR’S ‘Never Gonna Let Him Know’ and THE PERSIANS’ Here It Comes’ the album boasts two superb sweet soul ballads while harmony group fans will be delighted to have ‘Go Away’ from THE HESITATIONS on CD for the first time – classic 60s soul – as is their (included) version of BARBARA MASON’S ‘Yes I’m Ready’.
Kent’s third compilation focuses on the Carnival label – formed in the mid 60s by one-time Motown session player and travelling revue bandsman, JOE EVANS. Some time ago Kent released three CDs of Carnival material and this new one – ‘Carnival Northern Soul’ – cherry picks the cuts that have the most appeal to the Northern fraternity. Obviously there’s more than a hint of Motown about the music with ‘I Need A Guy’ from THE LOVETTES possessing that beautiful, finger-clicking Detroit mid-tempo ambience. Label mainstays, THE MANHATTANS, are well represented as is PHIL TERRELL who also features on that 6Ts Tribute album. For more details go to www.acerecords.com