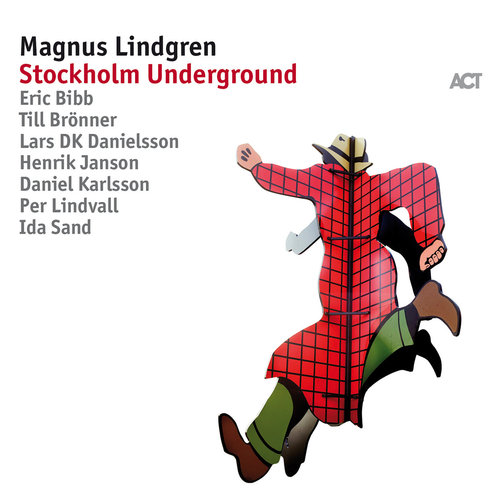 The flute was never really accepted in jazz circles until the great Herbie Mann came along; and even then the sound of jazz flutes remained something of an acquired taste. Now Swedish top jazzer, MAGNUS LINDGREN does his best to reinstate the flute as lead instrument on his latest long player, ‘Stockholm Underground’. The 12 tracker is an unashamed homage to the music of Mann, though eagle eyed jazz buffs would have guessed that. The title of Lindgren’s album plays on the title of Herbie’s seminal 1969 set ‘Memphis Underground’.

Nine of the dozen tunes here are originals and they include the obvious ‘Mr Mann’ and a lovely ballad ‘Theme For Laura’. The covers are ‘Chain Of Fools’ (a song that Mann featured on ‘Memphis Underground’ , here with Ida Sand on lead vocals), ‘Whiter Shade Of Pale’ and Eric Bibb’s ‘Good Stuff’ on which Mr B himself handles the vocal. He also takes to the mic on the album opener, ‘Fluting’.