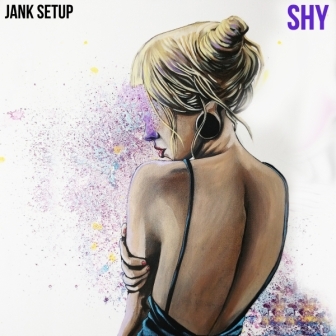 Don’t know too much about New Orleans band JANK SETUP. I do know, though, that their latest release, ‘Shy’ is a delicious slice of gentle, contemporary soul.

Oddly for a modern band, their internet profile is decidedly low…. facebook… yes but that didn’t tell me too much. After a little detective work I learned that the oddly named band (no explanation, could I find!) are a five piece … Ethan May on the drums, Adam Samolsky on the bass, Luis Carlos Villaseñor as the guitarist, Derrick Butler on the keys, and Kentro Mason is the vocalist. Though they add other musicians to the line up “as required”. With or without those “extras”, Jank Setup make a lovely sound.

‘Shy’ is just the sweetest of soul meanders… lazy and laconic, a jazzy undertow, gentle brass riffling and a soulful falsetto (there’s even twittering birds in there!) all add up to a surprising sound that deserves to be a year end hit. It is an odd concoction but all the disparate ingredients really work together…. highly recommended!