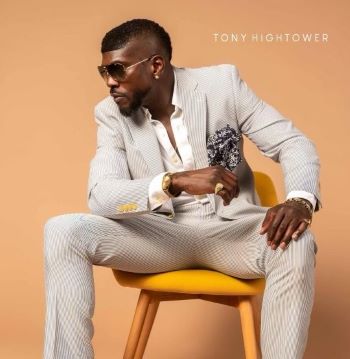 Atlanta’s TONY HIGHTOWER is a multi-faceted entertainer – a singer, drummer, and actor. He’s the son of noted jazz vocalist Theresa Hightower, so brought up on the music of people like Bobby Bland and mentored by Freddy Cole, we can guess that making music is his first love and to that end Tony’s already worked with Gerald Levert, Lionel Richie, Jimmy Jam & Terry Lewis and OutKast. For the last several years though Tony has veered towards jazz – but jazz, he says, with a difference. You see, Mr H approaches jazz from a soul perspective and he calls his music “soulful jazz”.

Sample it on his latest album (his second solo set), ‘Legacy’. The LP is a mix of Hightower originals  like the scat-laced ‘All To The Good’, the gentle and sweet samba ‘Rendezvous’ and the Al Jarreau-flavoured ‘I Need You’ and some well chosen covers. Those covers betray Tony’s love of soul and jazz standards. There are  wonderful, swinging versions of Al Green’s ‘Love and ‘Happiness’  and EWF’s ‘Can’t Hide Love’ alongside a take on the 1929 standard ‘Gee Baby, Ain’t I Good To You’ which Tony offers as homage to one of his heroes Nat King Cole.