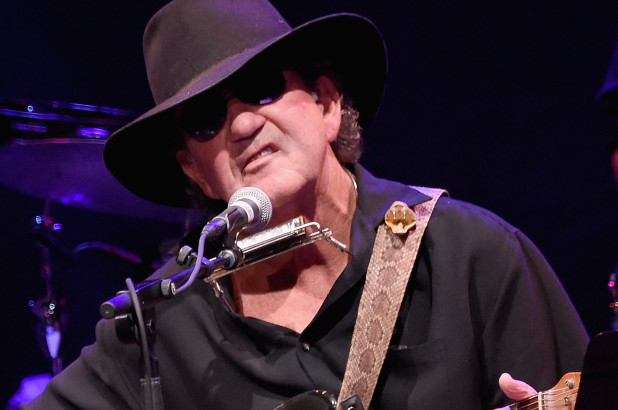 Influential Louisiana singer/songwriter TONY JOE WHITE died last Wednesday, 24th October. He was 75 and reports suggest that he had had a heart attack at his home in Leipers Fork, Tennessee, just outside Nashville. In soul circles he will always be remembered for penning the nostalgia soaked ‘Rainy Night In Georgia’ – a huge hit for Brook Benton, though White’s original is worth checking too.

Born in 1943, Tony was youngest of seven children raised on a cotton farm about 20 miles from the nearest town, Oak Grove, Louisiana. He saw music as a way out of rural poverty and with his own band he found work in and around Louisiana and Texas. In 1969 he recorded the ‘Black Ad White album for Monument. A move to Warner Bros saw him working with producer Peter Asher (of 60s Peter and Gordon fame); deals with other labels followed with his most recent work being issued on his own Swamp Records and the indie Yep Roc.

But it’s as a writer that Tony Joe White will be best remembered. ‘Rainy Night In Georgia’ will remain his most enduring legacy and though it’s been recorded countless times, most would agree that Brook Benton’s world-weary reading is the definitive one. White’s other most famous song of course, ‘Polk Salad Annie’ – a tribute to his Louisiana backwoods roots. Elvis Presley enjoyed a hit with the song but like most of White’s oeuvre it’s been covered by many. Amongst those who have recorded Tony Joe White songs are Waylon Jennings, Willie Nelson, Joe Cocker, Tim McGraw, Dusty Springfield, Ray Charles, Hank Williams Jr., B.J. Thomas, Shelby Lynne, Tina Turner, Conway Twitty and Sam Moore.