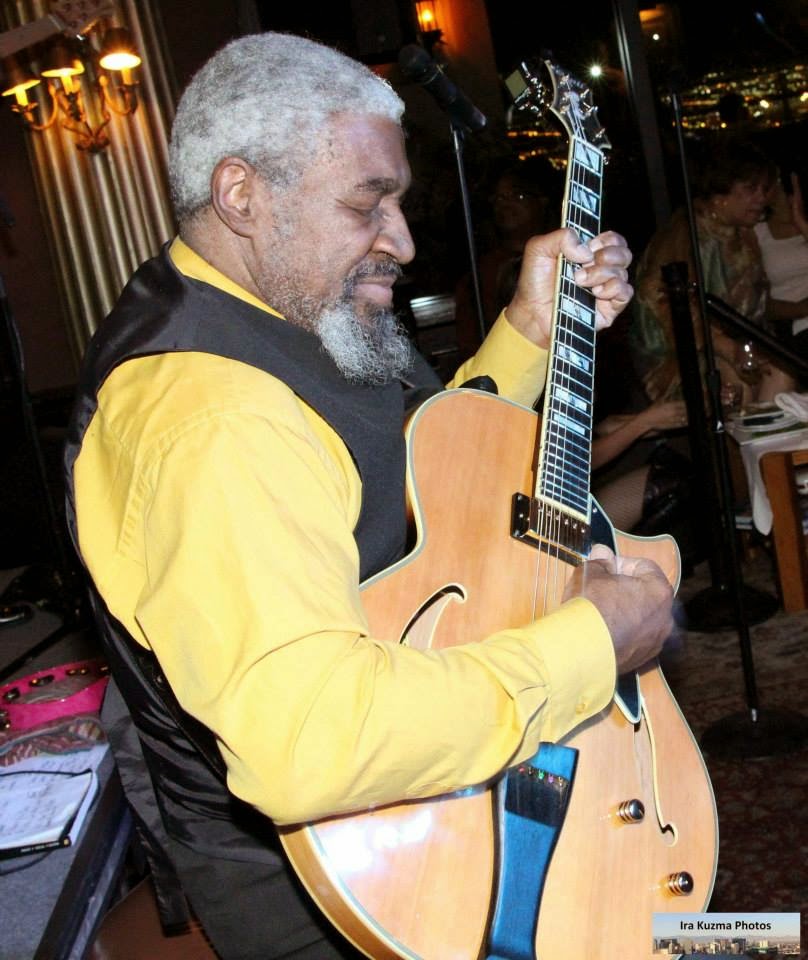 Super session guitarist TONY DRAKE has died in Las Vegas. He passed on Sunday 19th April 2015 – his 69th birthday. Though Tony’s name is not instantly recognizable, he played on countless soul hits and when Motown relocated to the West Coast, he joined the studio band there… an honorary Funk Brother, if you would.

Tony Drake grew up in Compton, California and studied music at the Dawkins Conservatory of Music where he studied classical guitar for two years, and later studied privately with the well known guitarist, John Blaylock, in the South Bay area. After graduating, Tony worked in the road bands of people like Little Johnny Taylor, Ronnie Dyson, and T-Bone Walker. At one time he shared the stage with a certain Jimi Hendrix. His skill was such that he recorded the guitar part on the demo version of BB King’s ‘The Thrill Is Gone’.

In the 70s, Tony became a staff musician for 20th Century Fox Studios doing numerous T.V. shows such as “Julia” starring Diahann Carroll, “The Lucille Ball Show” and the “Leslie Neilson Show”. In the later part of the 70s, Tony was signed with A&M Records as a staff musician and recorded and toured with most of the artists on the label including, Herb Alpert, Merry Clayton, Cheech and Chong, and many others. Tony also played in the big bands of Count Basie and H B Barnum and for a time was a member of the Checkmates. Amongst Tony Drake’s other credits are recordings with The Fifth Dimension, Marilyn McCoo and Billy Davis Jr., James Brown, Gloria Lynn, Little Esther Phillips, Aretha Franklin, The Crusaders, Jimmy Witherspoon, Cher, Tina Turner, Marvin Gaye, Barry White, The Sylvers, Ray Charles, Nancy Wilson and Etta James.

In the 80s Tony worked extensively with the Supremes, the Four Tops and the Temptations and he was also musical director for Della Reese and went on two global tours with Barry White. More latterly Tony Drake played guitar for his wife, Lisa Gray Drake, who survives him.