TONIC FOR THE TROOPS 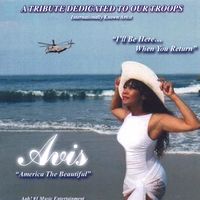 As part of an ongoing and enduring soul tradition indie soulstress AVIS HARRELL has just released a new single dedicated to troops serving in Iraq and Afghanistan. ‘I’ll Be Here When You Return’ is a smooth mid-tempo ballad that originally surfaced as ‘Wish You Were Here With Me’ which Avis recorded back in the Vietnam era as part of THE FAWNS. The song tells the story of a young woman’s devotion to her lover who is fighting overseas and it’s already winning airplay Stateside. Now a well-respected artist in the Los Angeles area, AVIS is maybe best remembered for her two and half year stint as a member of RAY CHARLES’ RAELETS. The single is currently available at www.cdbaby.com , along with the lady’s self-produced debut solo album ‘Self Contained’. For more details go to www.avisharrell.com

Tags: TONIC FOR THE TROOPS