TOMORROW IS ANOTHER DAY! 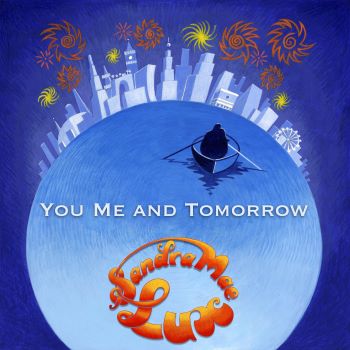 SANDRA-MAE LUX is originally from Vancouver (Canada) but has lived in south London since 2017. She has a degree in Jazz Studies and has performed with Robert Glasper and Herbie Hancock and opened for Dave Brubeck. Quite a CV!

She made her recording debut in 2020 with ‘Happily Ever After’ which was supported by people like Craig Charles and Gilles Peterson. Award nominations followed and during the lockdowns Sandra worked at honing her art.

She  gets back on the musical track at the end of the week (January 14th) with a new single, ‘You Me And Tomorrow’ – a dreamy, gentle meander that sits sweetly on the cusp of smooth jazz and sophisticated blue-eyed soul.

Sandra says: “The song came about when my writing partner and I were working on a romantic autumn themed song, and the hook line for “You Me and Tomorrow” kind of fell out. I said, “I think a different song wants to come first” and the basis for the song was there in less than half an hour.” She adds: “This soulful romantic groove celebrates that magical moment of fireworks and falling in love.” Ah – sweet! If you like the music of people like Lindsey Webster, you could do worse than investigate here.