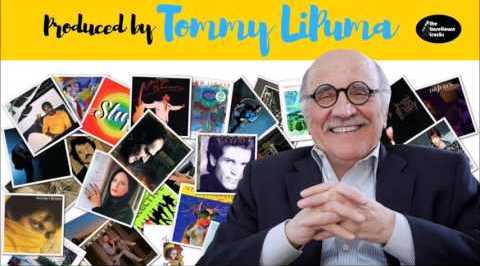 Celebrated record producer and music biz exec, TOMMY LIPUMA died yesterday, Monday 13th March in New York City. He was 80 and his death was confirmed by his wife, Gill LiPuma. No cause of death was given but it is known that the Grammy winning LiPuma had been ill recently.

Thomas “Tommy” LiPuma was born in Cleveland in 1936 and as a young man he aspired to becoming a saxophonist, though, to keep his options open, he also trained as a barber and worked in a local warehouse.

His first job in the music business was as a radio promoter for Liberty Records in Los Angeles. From there he graduated to work in music publishing and eventually production. In the 60s he worked for A&M and helped found Blue Thumb Records. From there he worked for Horizon, Warner Bros, GRP, Impulse, Verve and Universal.

Tommy is pictured below in his prime with two of his most successful collaborators, Barbara Streisand and George Benson.