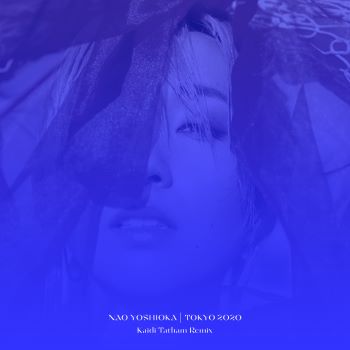 Earlier this year Japanese soul singer NAO YOSHIOKA charmed us with her ‘Tokyo 2020’ – a homage to her home city where she spent the lockdown. The tune was down-tempo and wistful with a laid back 70s vibe  with a convincing vocal which showed why Ms Y has done so well Stateside – a  runner-up at the legendary Amateur Night at the Apollo no less while she’s worked with people like Eric Roberson, Lalah Hathaway, Nathan East, Gordon Chambers, Candy Dulfer and Marcus Miller.

Now ‘Tokyo 2020’ is back amongst us in a quality new mix courtesy of UK jazzer Kaidi Tatham. Tatham was one of the founders of the broken beats genre and is a multi-instrumentalist who has produced numerous independent works and remixes. Kaidi has collaborated with up-and-coming artists such as DJ Jazzy Jeff’s son Uhmeer, Andrew Ashong, Potatohead People, Moonchild, Kamaal Williams, and Selah Sue while he’s done remixes for such luminaries as Alicia Keys, De La Soul, Earth, Wind & Fire, and many more.

Tatham puts a new, imaginative spin on ‘Tokyo 2020’ – listen up to the nod to ‘Wake Up Everybody’ in the intro and Herbie Hancock style keys at the fade out.  Nao says: “When I heard Kaidi’s remix of ‘Tokyo 2020’, I instantly knew that he had looked deep into the song, felt it, and understood it. I felt like he understood not only what I sensed in the sound, but also the lyrics, and I knew that our feelings were connected.”