TLC… ON THE WAY BACK! 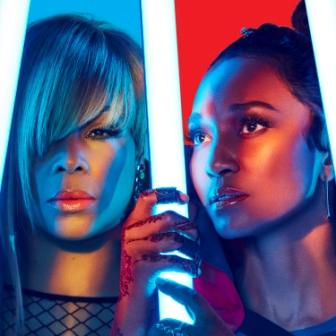 It’s been a long time since we heard from TLC…. 15 years or more! Since their peak all kinds of things have happened to the girls – saddest, of course, the passing of Lisa “Left Eye” Lopes.

Well, it seems that T-Boz and Chilly have put the problems behind them and are getting ready to release a new album. Self-titled, the album’s heralded by a catchy single, ‘Way Back’ which kind of sums things up. “It’s been a long time coming”, they sing… not half! The cut’s semi-autobiographical and is graced with a rap from Snoop Dogg that gives the whole thing a real 90s flavour. (By the way, if you don’t dig Snoop’s signature drawl, there is a no rap version around!)… a real head-nodder