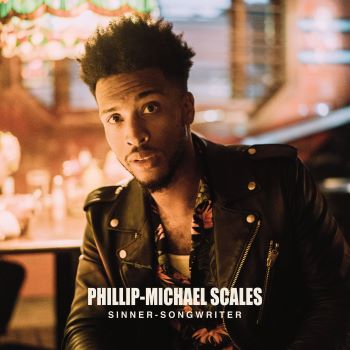 ‘Another Man’s Sin’ is the lead single from an upcoming album from singer/songwriter/guitarist PHILLIP-MICHAEL SCALES. The tune combines a blues feel with contemporary rock affectations – a sound that Scales describes as ‘Dive Bar Soul”.

Scales has quite a music pedigree. His uncle was BB King but, growing up, he shied away from guitar playing, concentrating, instead on his song writing. He went on to found an indie band but eventually he began to explore the blues and that transition can be heard on ‘Another Man’s Sin’ and the parent album, ‘Sinner-Songwriter’. The album is a 14 tracker that offers bluesy, rocky flavours with occasional soulful flourishes – like the Southern soul styled ballad ‘Go Easy On Me’.

‘Another Man’s Sin’ is out now; the album ‘Sinner-Songwriter’ is released on October 29th via Dixie Frog Records.