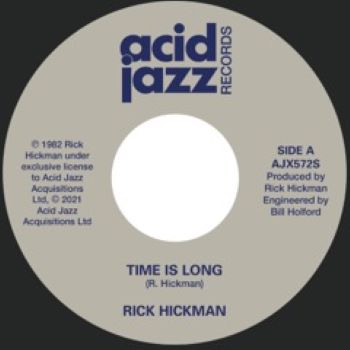 There’s not too much info out there about Michigan born blues singer/guitarist RICK HICKMAN, save that he was active in the 60s in and around his hometown of Flint. We know for sure that he cut at least one record – ‘Time Is Long’/ ‘Closer To Me’. It was released as a vanity project on Texan label Special Edition Records and you can probably guess what’s coming next. Yep, the single has become a collector’s item!

And – another given – it’s just won reissue – this time courtesy of Acid Jazz. The A side is ‘Time Is Long’ – a gentle blue-eyed soul ramble, though I’ve seen several media sites calling it “psych soul”. The putative B side ‘Closer To Me’ is a tad tougher with a jangly Byrds-influenced guitar sound.