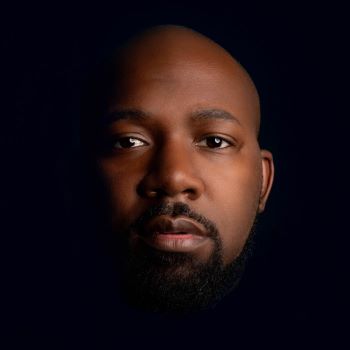 JAMES AARON is a UK soul man with an impressive CV. A committed Christian, he was a key member of The Kingdom Choir. You may recall they sang at the wedding of Prince Harry, and someone called Megan! He says: “I became a Christian at age 18 and have been one till present. Being in church from 18 years old also has a massive part to play in my musical journey.”

That musical journey has won him plenty of work on the sessions circuit where he’s first choice for many ad agencies to front the vocals in their commercials.  James was also the lead voice on Ruff N Tumble’s chart hit ‘Only You’. Then he took to the mic in his own right with the lovely single, ‘Chosen’. The cut made no. 4 in the UK soul chart and  was followed by ‘Ashanti’. That African/Spanish hybrid word has several meanings – amongst them “beautiful voice” and “beautiful girl”. In the context of this song, that latter definition is the one James went with … another hit, by the way.

James’ latest single (out now) is a much more dramatic affair… sinister even! It’s called ‘Three Words’. The singer says:  “I wrote 3 words while visiting Florida. It was inspired by one of my guy friends in the UK experiencing domestic abuse. We don’t often hear stories like these, so it was about shedding light on a different perspective. A lot of guys stay quiet even when things are tough.” The sombre, powerful track reflects the message perfectly.