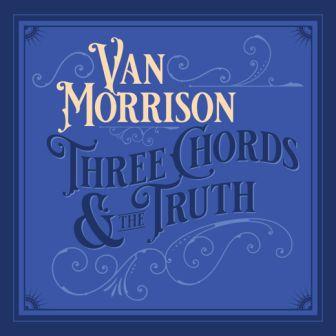 Talk about prolific! SIR VAN MORRISON is gearing up to release his sixth album in just four years! The 14 tracker is the enigmatically named ‘Three Chords And The Truth’ – one of the album song’s titles. As enigmatic, Sir Van describes this latest recording experience thus: “You’re just plugging into the feeling of it, more the feeling of it… when they’re playing… It’s like reading me. So, I think there’s more of that connection.”…. so that’s all, clear then.

All the set’s songs are original Morrison compositions with one, ‘If We Wait For Mountains’ co-written with Don Black. High spot might well be the duet with Bill Medley, ‘Fame Will Eat the Soul’, while the first single, ‘Dark Night of The Soul’ has just been issued.

‘Three Chords And The Truth’ out October 25th on Caroline Records